From the moment it was launched, the BMW i8 established itself as one of the most futuristic-looking vehicles on the market and while production has ceased, there are lots of nice examples available on the used car market.

This i8 Roadsterhas been modified by Creative Bespoke and has been listed up for sale by the tuner for $139,800. That’s roughly $20,000 less than a brand new i8 Roadster would have set you back a couple of years ago, but the car does have some modifications to (somewhat) justify its price.

Read Also: Should We Be Surprised That BMW’s i8 Which Ended Production In June Outsold The Acura NSX? 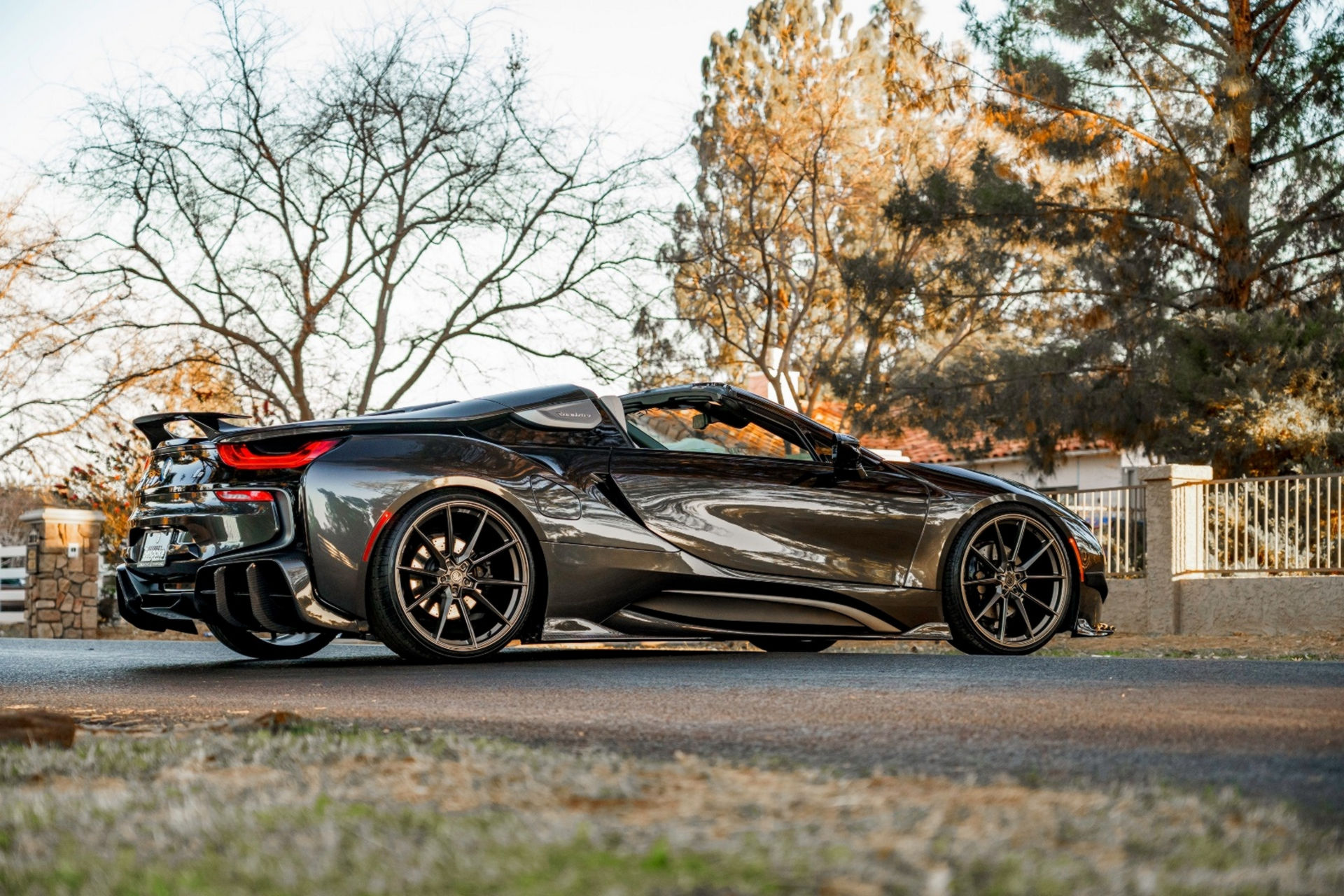 Most notably, Creative Bespoke has equipped the car with a complete carbon fiber aero package that includes a new front lip, diffuser, rear wing, side skirts, and canards on the front bumper.

The tuner has also equipped this distinctive i8 with a set of H&R sport springs, 22-inch staggered forged wheels finished in Satin Bronze, a Frequency Intelligent exhaust, and an ECU performance tune. All up, Creative Bespoke claims to have spent $50,000 modifying the car. There is no mention as to how much added horsepower and torque the car has thanks to its ECU tune, although the listing does confirm the car has 10,983 miles (17,675 km) on its odo.