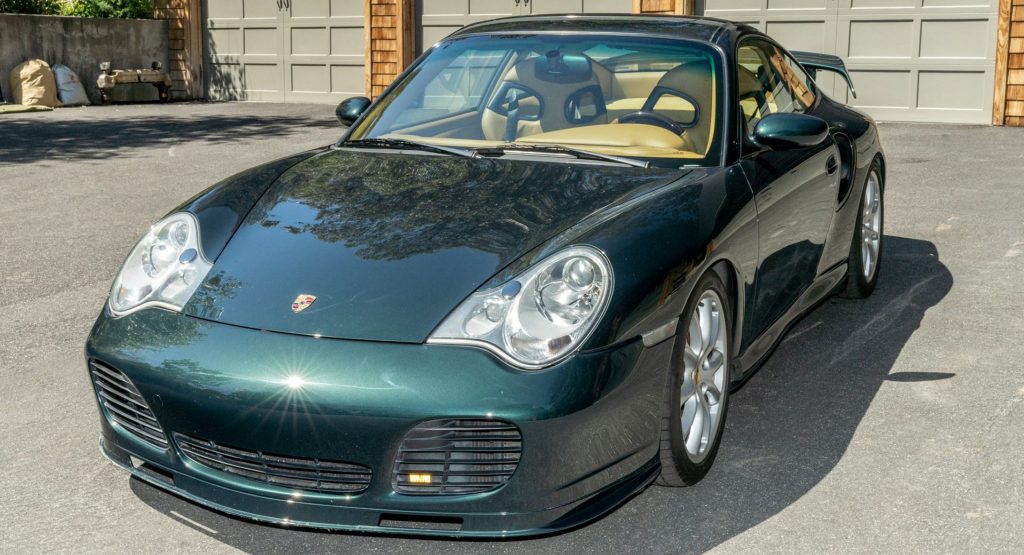 This 996 model is finished in Forest Green Metallic and has approximately 60,000 miles (~96,000 km) on the clock. It is offered at no reserve with service records from new, a car cover, a clean Carfax report and a clean California title in the seller’s name. 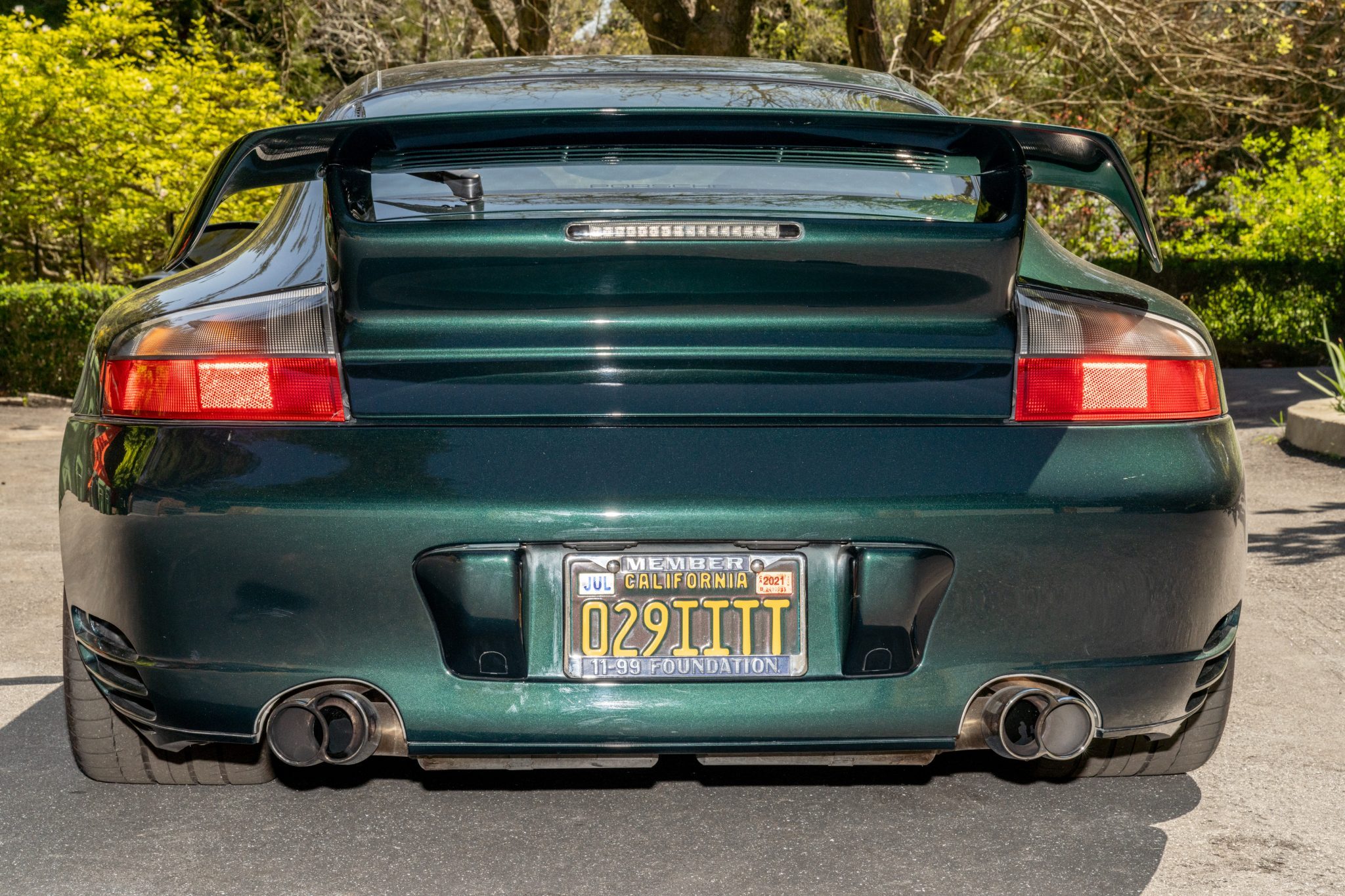 The listing adds that the sports car has been equipped with a handful of modifications, including the rear wing of a 911 GT2, new 18-inch staggered-width wheels, GT3 carbon shell fixed seatbacks, 24 mm sway bars, Bilstein PSS10 height-adjustable coilovers, and a Kenwood multimedia system with navigation, while the wheels are shod in Michelin Pilot Sport tires measuring 235/40 at the front and 315/30 at the rear.

The interior of the 911 Turbo is clad in Savanna Beige upholstery across the seats, dashboard, center console, and door panels. Key standard features include dual-zone automatic climate control, power windows, a six-disc CD changer, and a sunroof.

Powering the 996 Turbo is a twin-turbocharged 3.6-liter flat-six, although this one has been modified with an Ultimate Motorwerks 996TT performance chip and a MaxSpeed NHP 70 mm exhaust. Power is sent to all four wheels via a Tiptronic five-speed automatic transaxle.