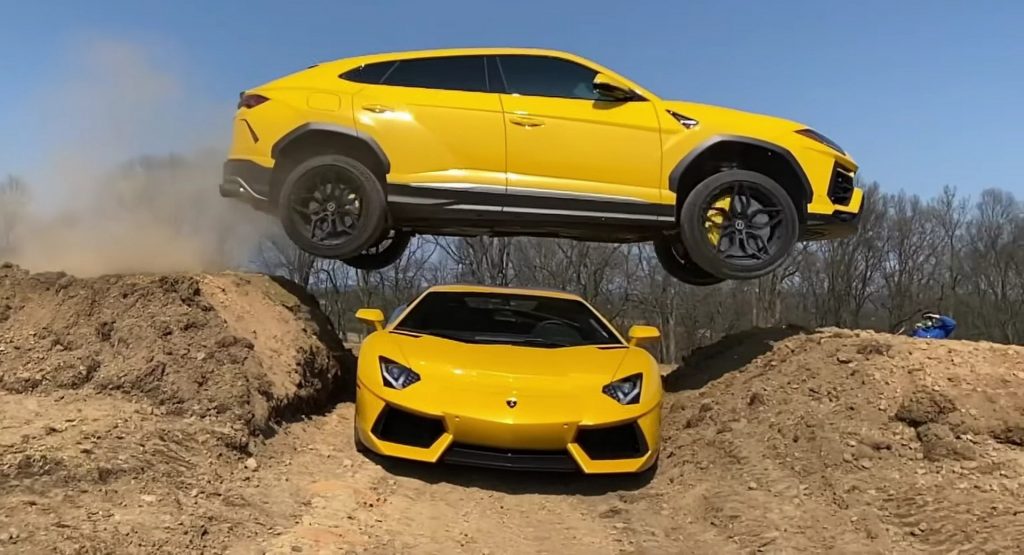 Is it just me or do rich people have too much time on their hands? I think this video of YouTuber Street Speed 717 jumping a Lamborghini Urus over a Lamborghini Aventador is pretty good evidence.

Not that there really needs to be, but there isn’t a bigger reason for this video other than Mike, the host of the video, thought it would be fun to do. Having done a little light Googling and some basic calculations, he figures the ramp should work but allegedly opts not to test it before trying it with the Aventador between the ramps.

“I’d be lying if I said I wasn’t worried,” says Mike from behind the wheel of the Urus. “This is—there’s a lot more on the line than a little Toyota.”

One hates to spoil the results of a video, but between the lead image and the fact that it’s hard to spoil a spectacle, I think it’s safe to reveal that the jump is a success. The Urus clears the Aventador seemingly without issue.

In later runs, sans Lamborghinis, the host runs the jump again in a first-gen Toyota Rav4 and a Subaru Impreza wagon. Footage from the interior shows that the host can crunch his numbers because the jumps all look surprisingly comfortable. Until the Impreza wagon takes the jump with a bit too much speed and lands on its front axle a little too hard.

It’s proof that launch speed actually needs to be calculated really precisely in these kinds of jumps. If you want to do it yourself (please don’t) you can use the video below test your calculations below.