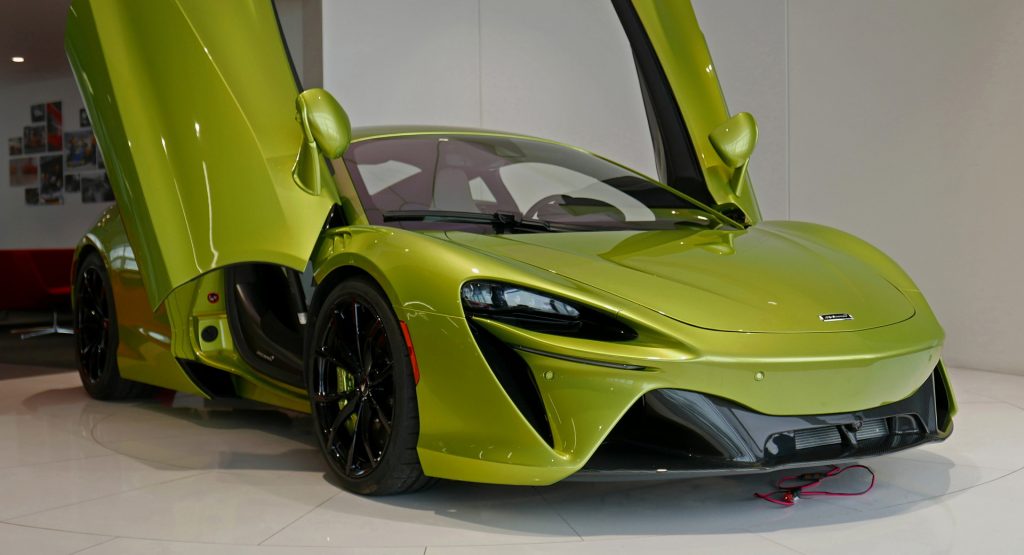 McLaren’s new Artura, the car that’s meant to herald a new age for the British automaker, has finally arrived, and along with it comes a list of firsts for the company. The supercar has only been out for less than a week but we were able to get a look at not only the first one in the United States, but also one of the first in a setting other than a professional studio.

The car was at McLaren North Jersey at the time of our visit last week, but right now it’s currently visiting another dealership in Connecticut. It’s worth noting that finding adequate space to take photos of the car was somewhat of a challenge, but we tried to capture it as best as we could.

See Also: New McLaren Artura Is A 670 HP Plug-in Hybrid Supercar That Has No Reverse Gear

The first thing that immediately stood out was the stunning Flux Green launch color. The paintwork was incredibly rich and deep, and it had a very nice color-shifting quality to it, appearing as different mix of yellow and green tones depending on the lighting. The interior was also in the same color scheme as the launch car, with a black dashboard, white seats and door cards, and green accents throughout. 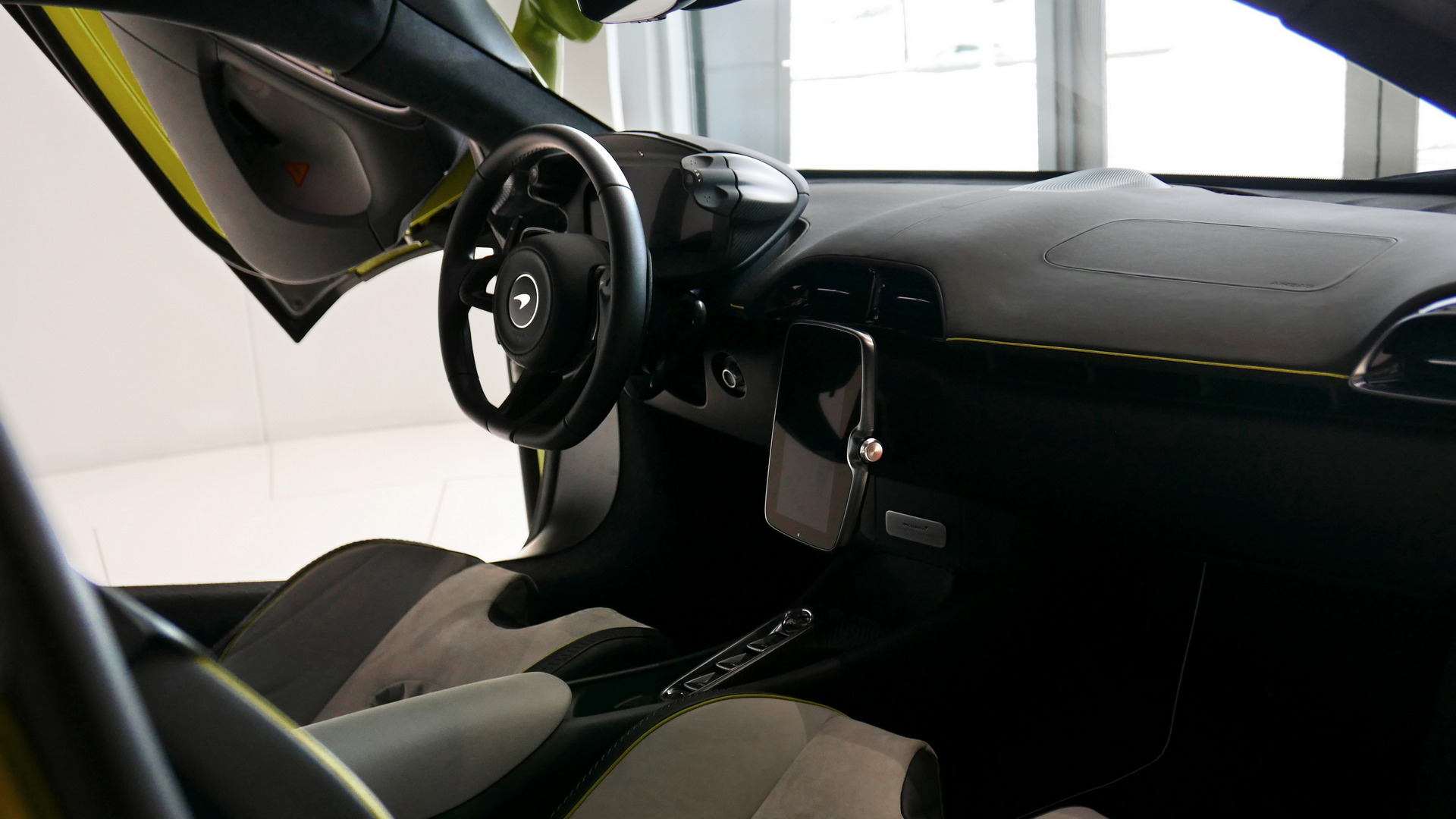 The overall exterior design, while all-new, is quite familiar for a McLaren. It’s certainly more evolutionary than revolutionary, but you can definitely tell what’s new, especially in person. Things like the recessed headlights and new side intake design are a welcome addition to some of the cues that we’ve become accustomed to on other McLaren models. Some other interesting things to note are the lack of cut lines on top of the rear end and the surprisingly decent amount of trunk space. 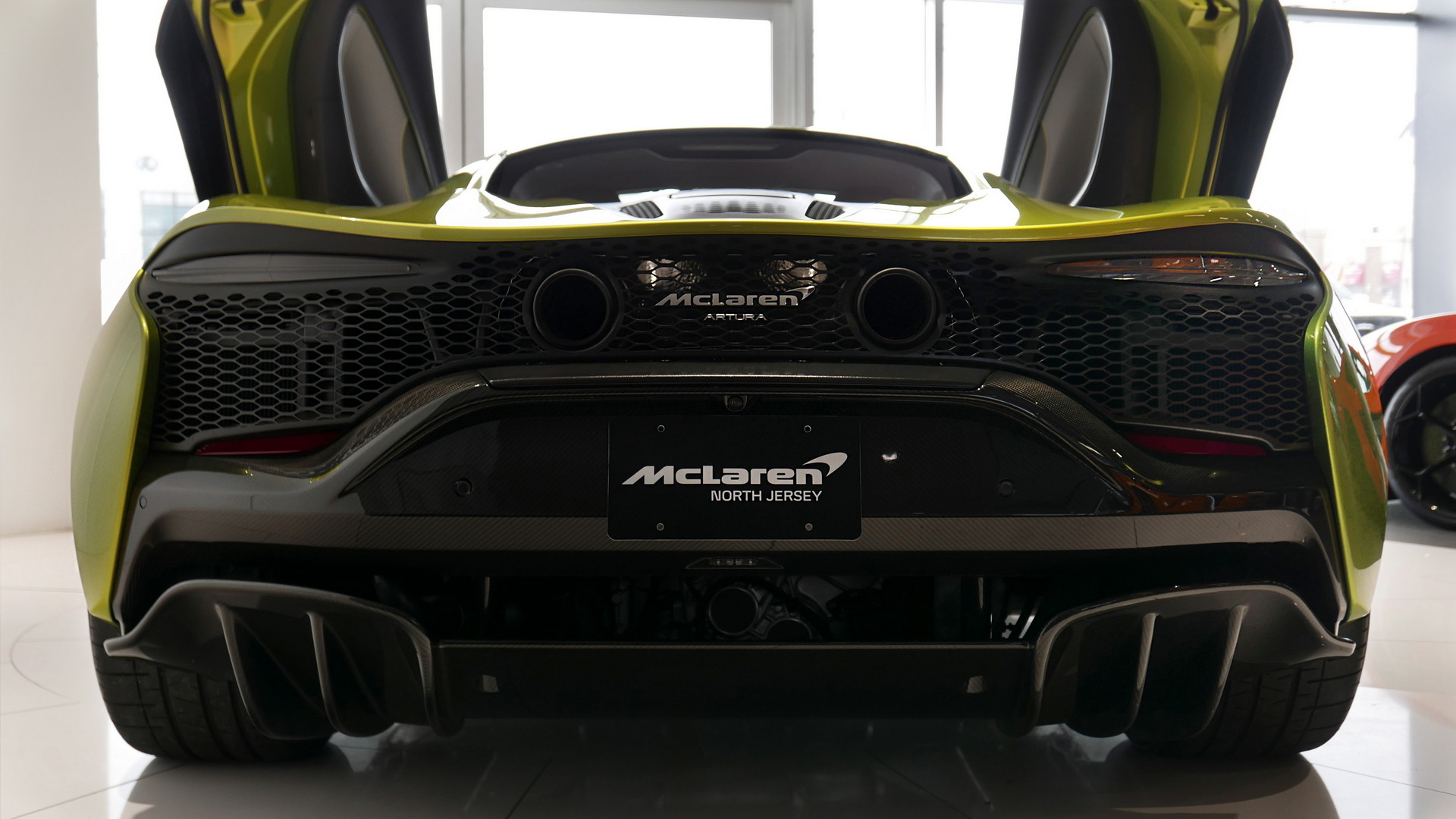