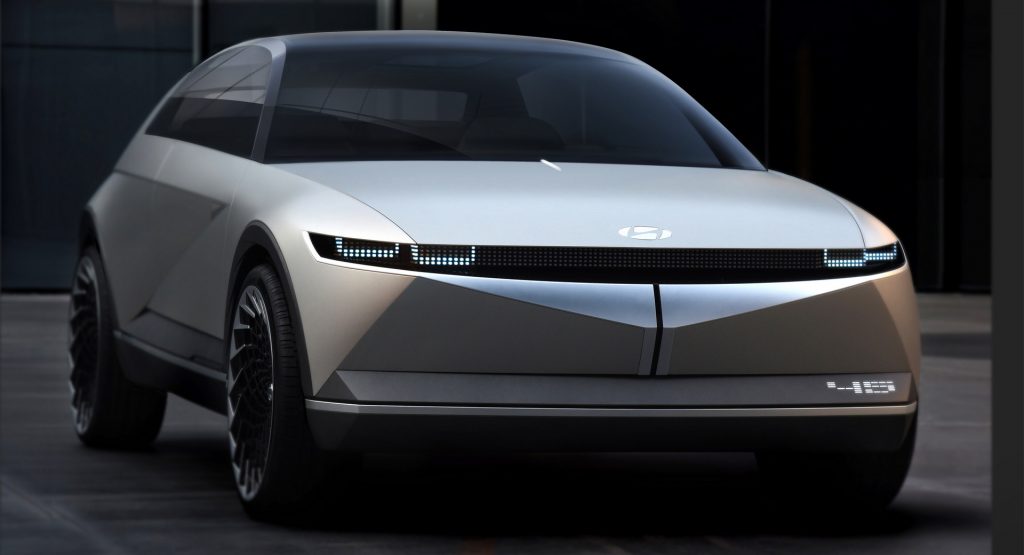 Hyundai Austria appears to have made a whoopsie, revealing key details about the brand’s upcoming EV, the Ioniq 5, which we previously referred to as the production version of last year’s 45 Concept.

The electric vehicle will, apparently, make 313 hp and Hyundai is targeting a WLTP range of 280 miles – or roughly the same as the Porsche Taycan. It will take a bit longer to get to 60 mph, though, completing the run in 5.2 seconds.

Perhaps most impressively, on an 800-volt fast charger, the Ioniq 5 will be able to charge from 20% to 80% battery in just 15 minutes. It will also, apparently have a solar panel roof to help keep the batter topped up.

See: What The Production Hyundai 45 EV Concept Will Look Like 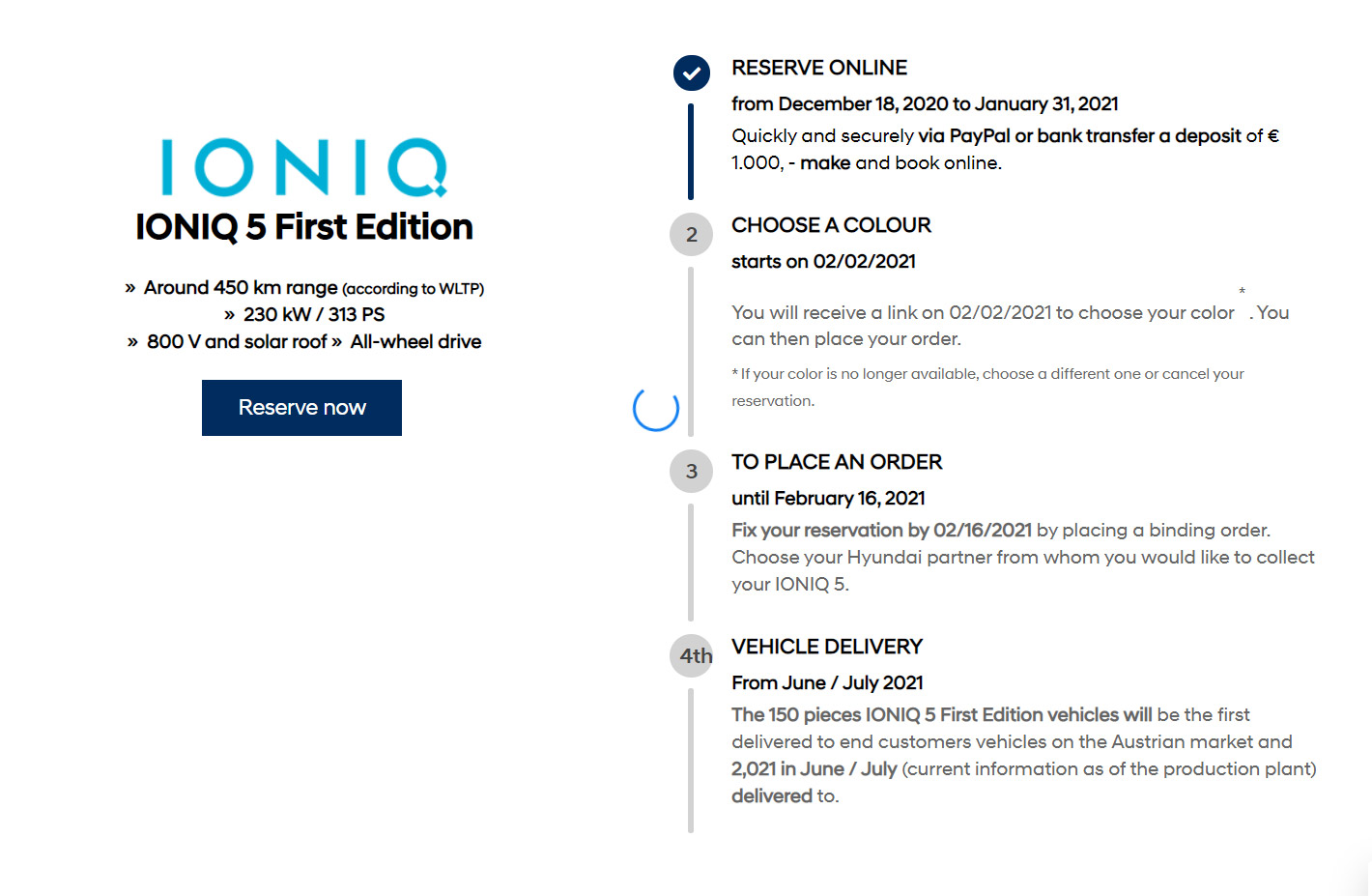 This is all according to a reservation page set up by Hyundai Austria. The page was supposed to allow interested buyers to down a 1,000 Euro deposit to book a sales spot online.

This is an increasingly popular way for automakers to whip up some excitement over new cars. The reservations here were for the first 150 “First Edition” models sold in the country and showed these key features. 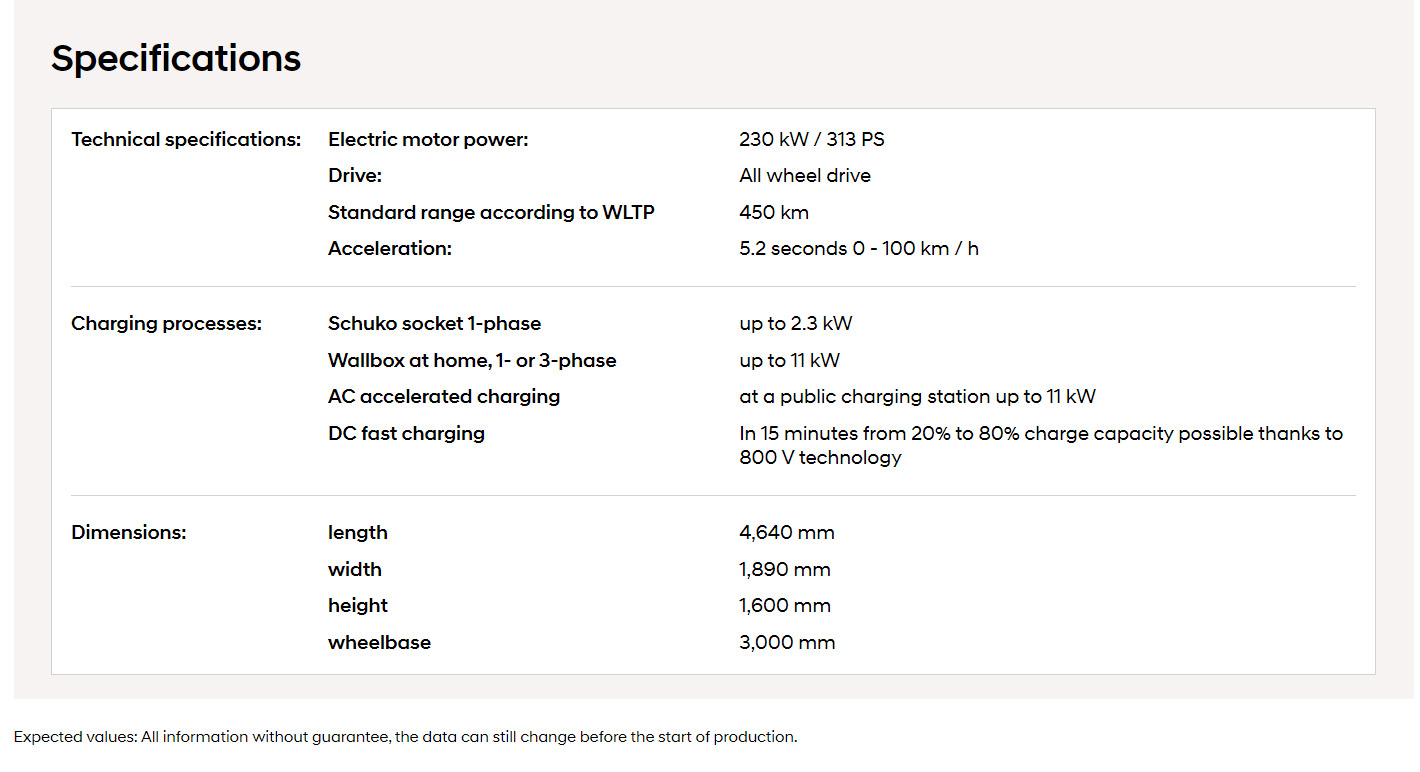 The specs were first noticed by The Korean Car Blog, which has screenshots from the site. Car and Driver, separately, used the Internet Archive Wayback Machine to confirm that this was, indeed, posted to the Hyundai Austria website. We’ve also taken a few screenshots of the cached page.

The leak also suggests that the Ioniq 5 will be 182.3 inches long. That’s just six inches shorter than a Santa Fe and 18 inches longer than a Kona. It will, however, be about the same height (63 inches) as the Kona.

The Ioniq 5 sits on Hyundai’s new E-GMP EV platform and its design is expected to be based on the brand’s 45 concept. 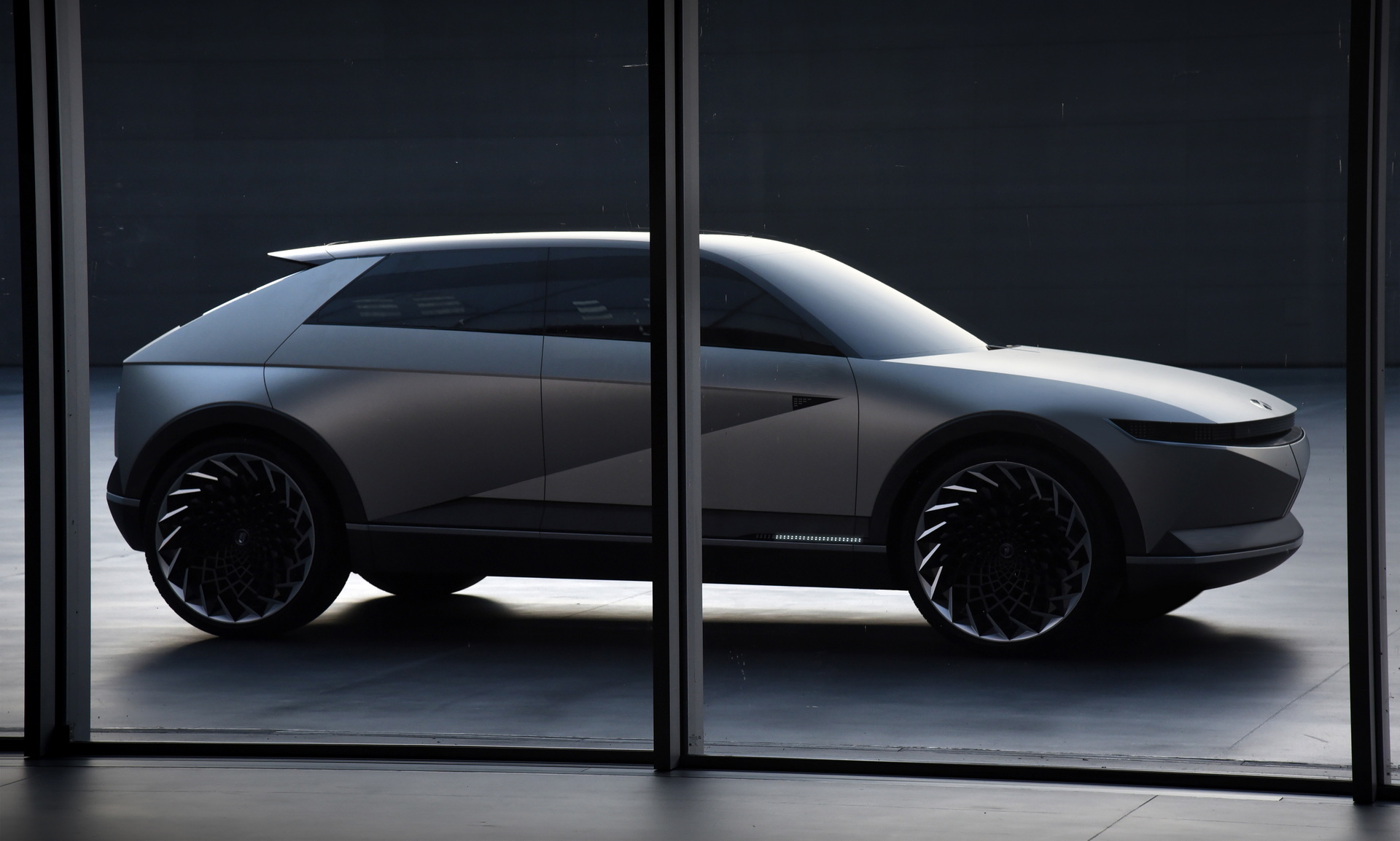